TSH on Around the Dial!

Now THIS is a playlist!! Honored to be included alongside so many amazing artists! Tune in tomorrow, Sunday 5.22.22 to listen to Around the Dial with Alan Hall on Neighborhood Weekly Radio WWW.Patreon.com/NWRbroadcast 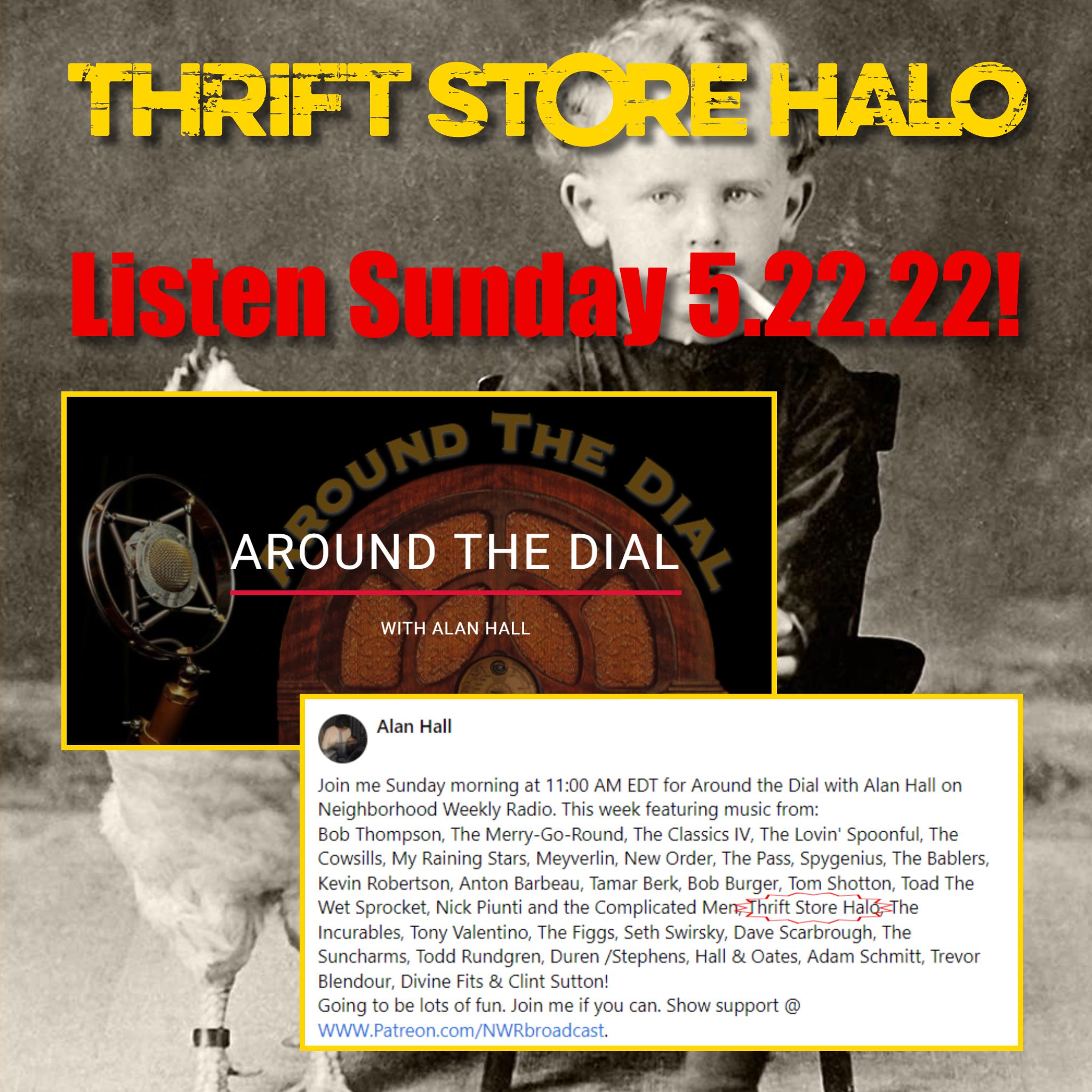 MASSIVE Thanks to Di Kulka Piteo for including our track, "Not Too Late" on this week's installment of The Razor and Die Show on 88.7FM WLUW, Chicago!! 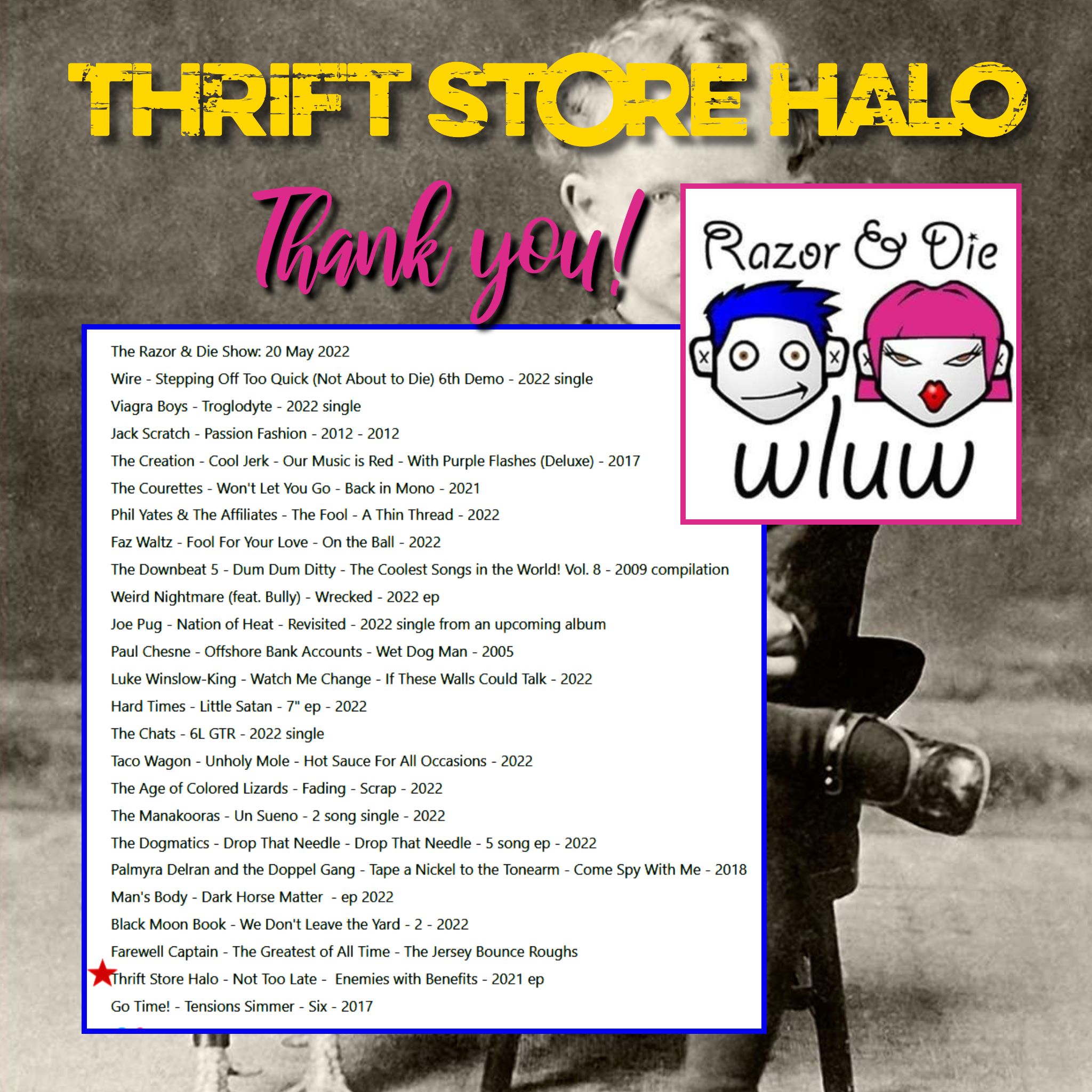 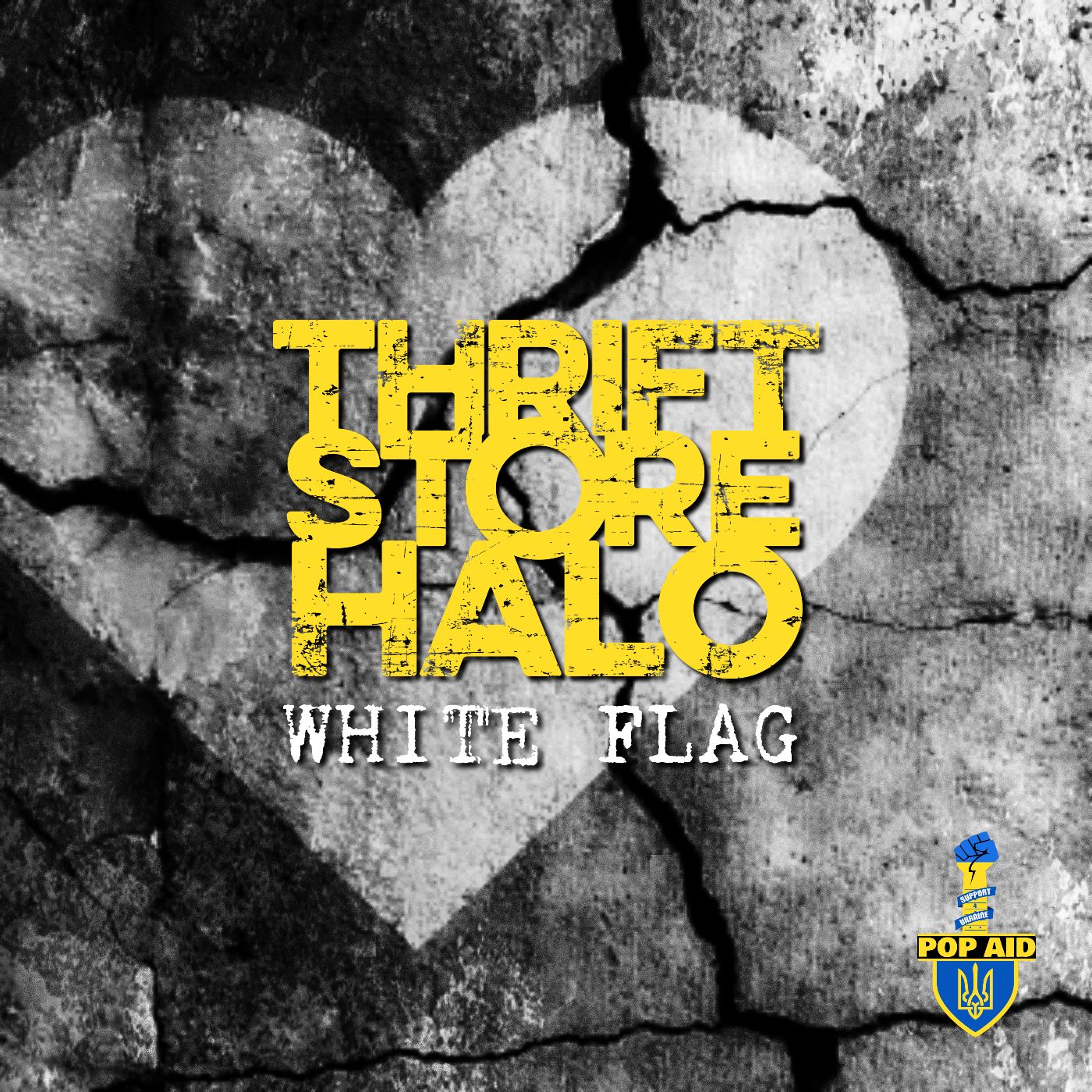 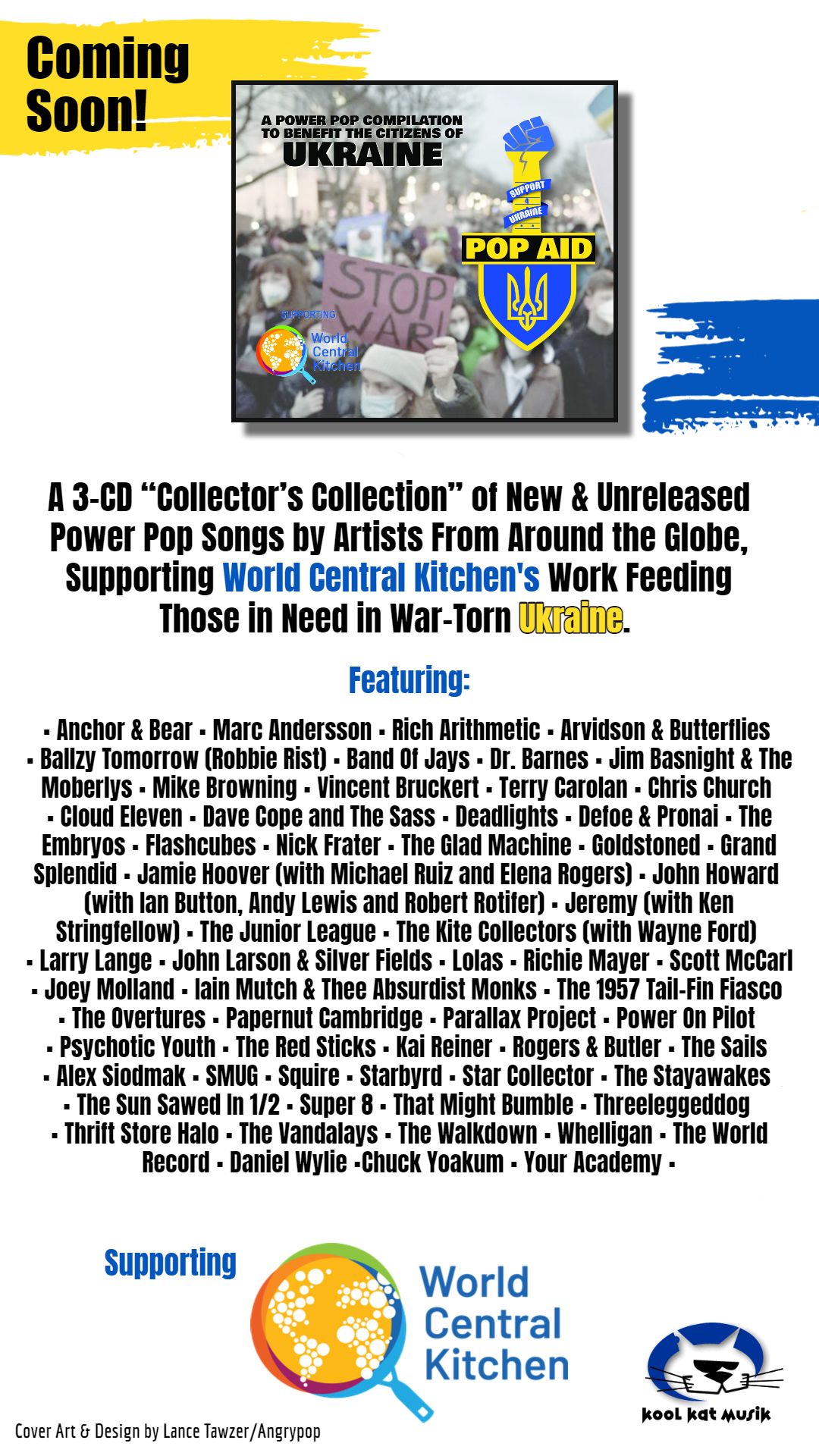 Thanks to writer/blogger Terry Flamm for helping spread the word about the forthcoming POP AID Benefit CD, featuring Thrift Store Halo and 60 other top-notch power pop bands! 100% of the net profits from sales of the 3-CD set will be donated to support World Central Kitchen's work feeding the hungry in war-torn Ukraine! Coming Soon on Kool Kat Musik! 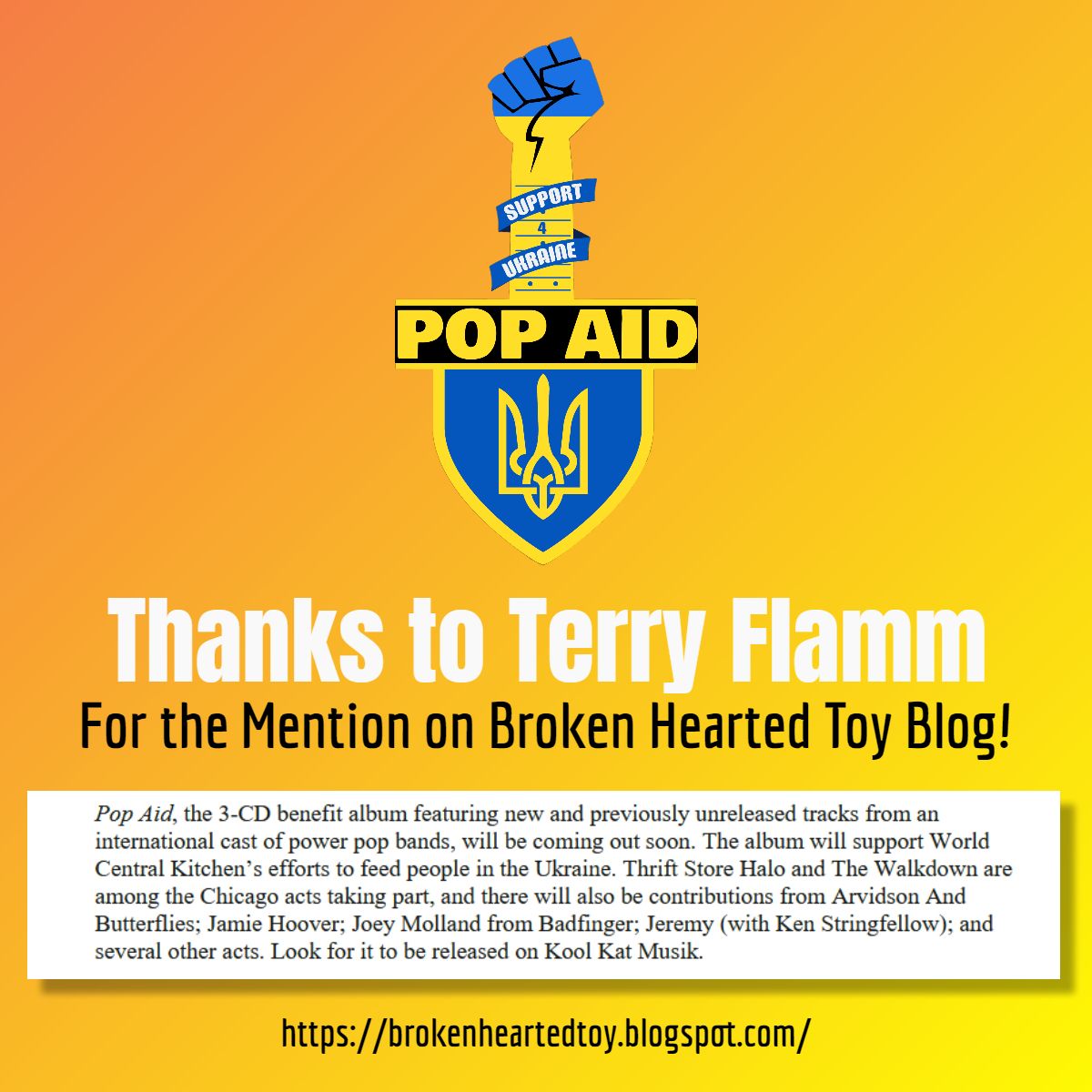 We're honored to be part of the POP AID Benefit CD supporting World Central Kitchen's work feeding those in need in war-torn Ukraine, along with so many excellent power pop rock artists from around the globe! 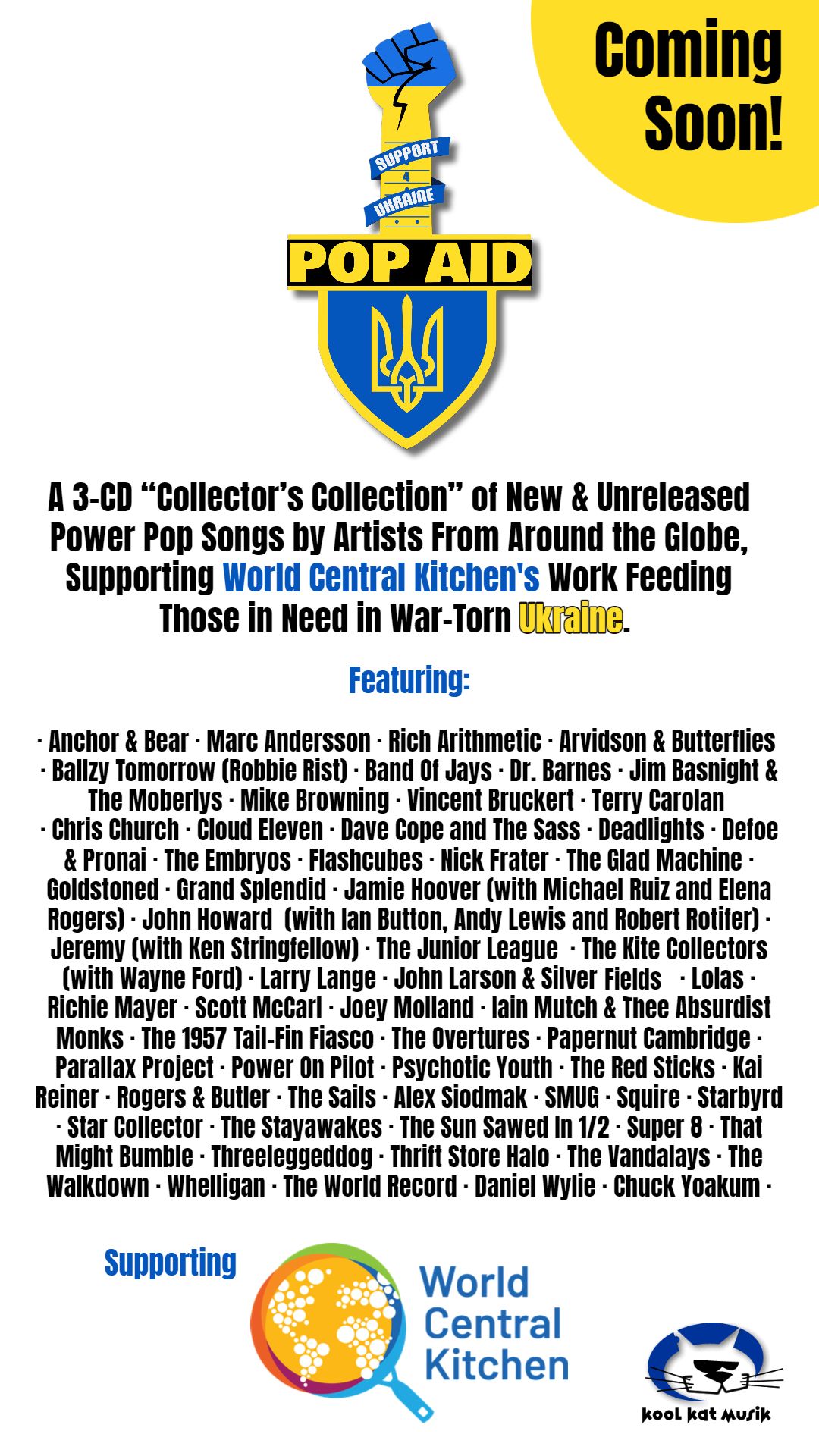 "World Behind" Featured on NWCZ!

HUGE THANKS to DJ Trevor and @nwcz_radio for featuring our track "World Behind" on the killer, "New Reality" radio show, available for listening on Spotify!! 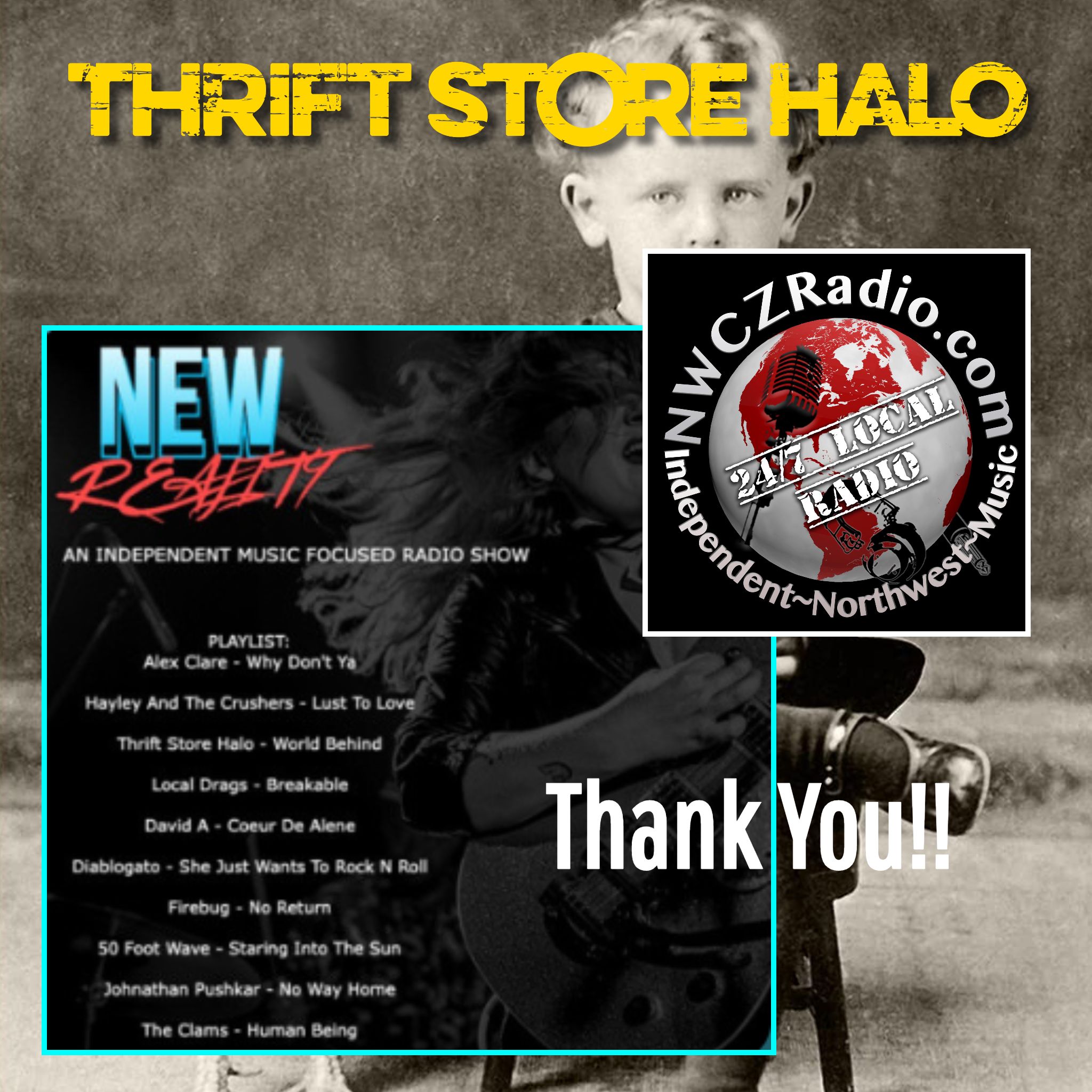 We are proud to be a part of POP AID! 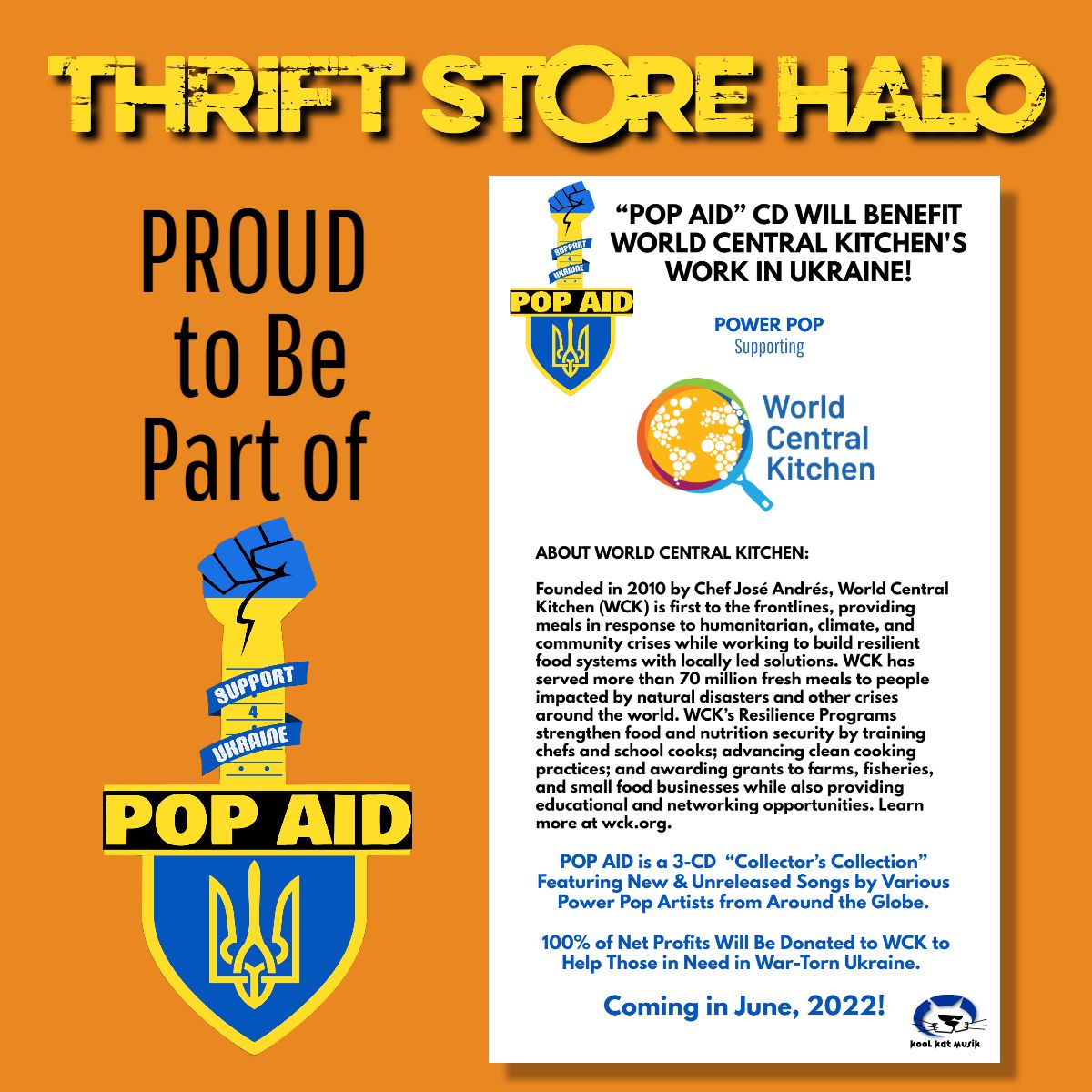 POP AID Announced earlier this week, that it will support World Central Kitchen!

POP AID will be a 3-CD “Collector’s Collection” of new and unreleased power pop songs by various artists from around the globe, released on the Kool Kat Musik label.

POP AID has confirmed that 100% of the net profits from the sales of the POP AID CD Collection will be donated to support the efforts of World Central Kitchen to feed those in need in war-torn Ukraine.

You may have seen recent news reports of a WCK restaurant in Kharkiv, Ukraine, being struck by a Russian missile attack on April 16, 2022. Several staff members of the “ghost kitchen” were injured in the assault, but WCK’s work continues, undeterred.

WCK’s sheer bravery and tireless commitment to its mission, on the ground and in harm’s way, is truly inspiring and wholly worthy of the POP AID project’s support!

TSH on the Sweet Spot!

Thanks to 💥THE SWEET SPOT💥 on Stranger Radio for including us on the Tuesday, April 26th show!! 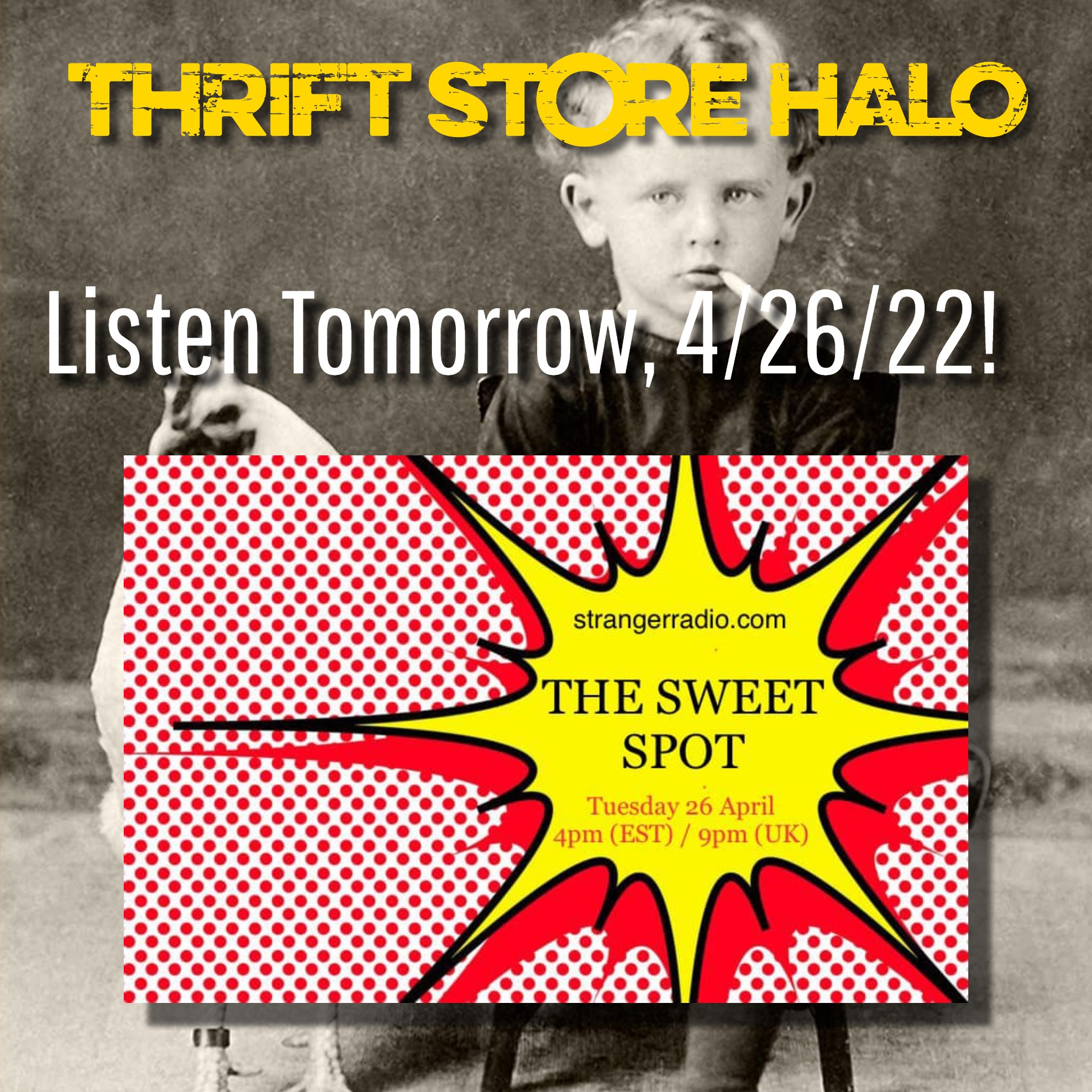 "Not Too Late" Added to More Playlists!

Thanks to MaurioRuiz for adding our track "Not Too Late" to his 2022 Spotify playlist! 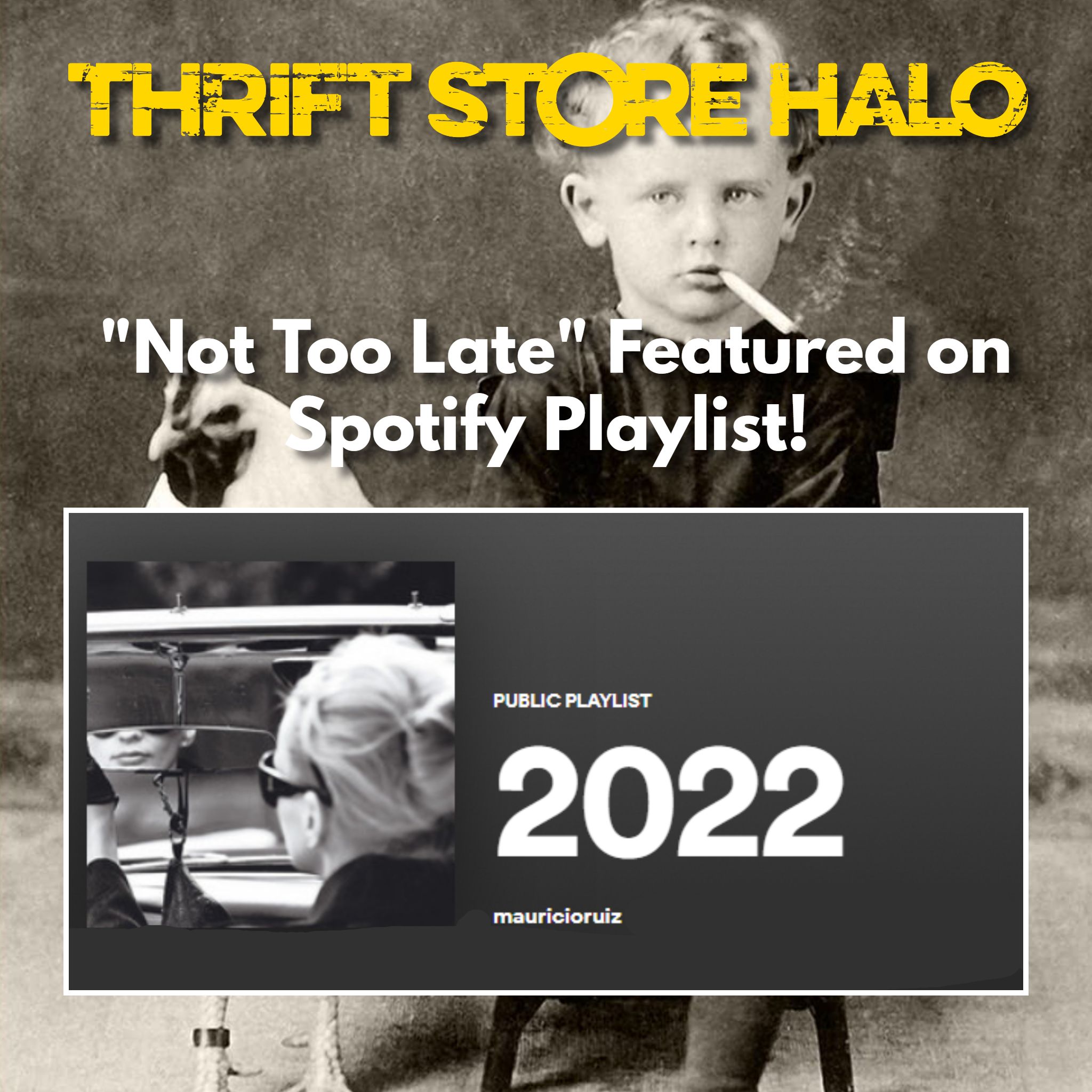 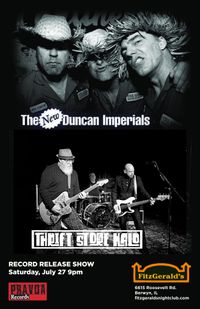 We're thrilled to be opening for the trashier-than-ever New Duncan Imperials! Both NDI and TSH are celebrating the release of new records on Pravda Records / Pravda Music Publishing!

2019 marks NDI's 30th Anniversary and TSH's 25th, which just goes to show some things (like fine wine, trousers, hair tonic, music and musicians) get better with age! If you know anything about TSH's early days, you'll recall that TSH opened for NDI several times in the 1990s and the shows were always a blast! This show at Fitzgerald's will certainly be no exception. It's gonna be just like the "old days"!! Also, it is highly likely this will be the last TSH performance for quite some time, so we hope you'll come out for a night of insanely good live music at a killer venue!

Doors open at 7 pm, general admission, no reserved seating. Under 21 ok if accompanied by parent or guardian. Seating/Standing Room based on sales, i.e. more tix sold = less furniture; call week of show for updated info. Parking on the street with no permit restrictions or meters; DO NOT park in business or mini-mall lots or you will be towed. We do not serve food, but you are welcome to bring in takeout or order for delivery. For updated info on how sales are going, check out our Facebook page: FitzGerald's Nightclub 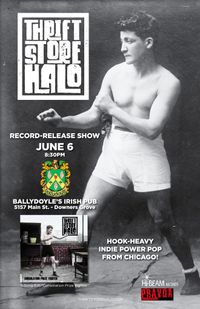 Join us as we celebrate the release of our new "CONSOLATION PRIZE FIGHTER" CD! Early 8:30 PM showtime, no opening act, no cover, children welcome with parent(s)!

We're happy to announce that Thrift Store Halo will be performing as part of the International Pop Overthrow Music Festival Chicago again, this year being hosted at the awesome LiveWire Lounge Chicago! Massive thanks to David Bash for inviting us to return. If last year's event is any indication, it's going to be a great fest and one epic night of killer, indie power pop!

We will be celebrating Lance's Birthday and playing tracks from our forthcoming new EP, "Consolation Prize Fighter" out soon! We hope you can join us!

For more info on the venue: http://livewireloungechicago.com/ 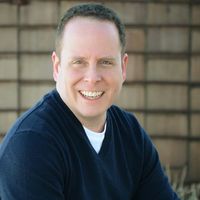 Frank G's good friend and fellow Benet Academy alum (Class of '91), Andy Stout was diagnosed with a brain tumor on June 4, 2018. Andy underwent immediate emergency surgery on June 5th to remove a dangerous glioblastoma the size of a large lemon. He is the is the incredible father to 2 young kids, Rowan (7) and Callum (5). He has dedicated his life to raising his children, as well as teaching acting and participating in TV shows when he had the chance. Unfortunately, given his current medical hardship, Andy cannot continue working and has no income to pay his medical expenses, not to mention helping care for his 2 amazing kiddos.

So, to help out, Thrift Store Halo and friends, Jameson Shakes, are hosting a fundraiser with the proceeds going to help Andy with medical bills and insurance deductibles. 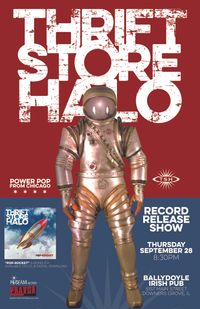 No Cover! All ages with Parents.

Thrift Store Halo returns to the stage at Bannermans in Bartlett, Illinois, in support of Cliff Johnson (the voice of the incomparable Power-Pop band, and Atlantic Records recording artist, Off Broadway) & the Raine!! TSH will perform one 90-minute set commencing at 9:30 P.M. on Saturday, September 17th!

TSH returns! Our first show in 4 years. No opening act.